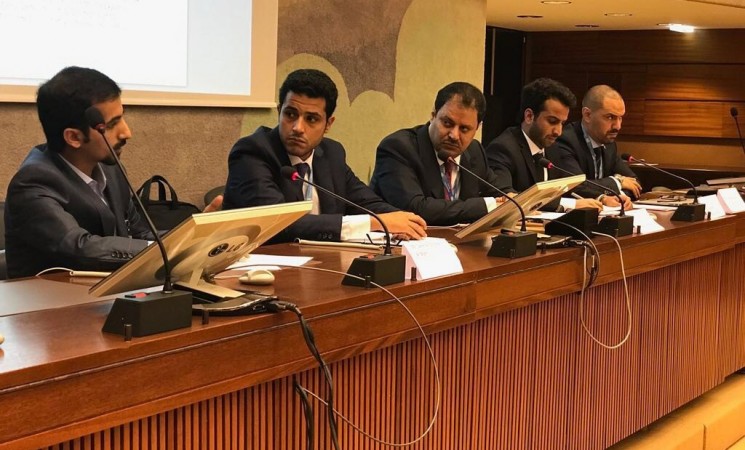 Independent United Watch (IUNW) expresses its profound shock of the actions of some NGOs who became the vehicle for certain governments to attack other countries and senior International human rights NGOs. IUNW reminds organisations working in the Human Rights field to adhere to their noble goal which is to “preserve, protect develop and promote” Human rights.

Our previous reports revealed that some NGOs with ECOSOC status have violated the regulations of the ECOSOC. Their actions at the Human Rights council fall out of the mandate given to them.

Egyptian Organisation For Human Rights (EOHR) in the Human Rights council has become the latest organisation to fall into the trap of UAE’s HRC politicisation. During the current, HRC 36th session, EOHR facilitated the access of an infamous UAE local NGO called Arab Federation for Human Rights (AFHR) to the highly respected council. EOHR has held various meetings and conferences in Cairo, Vienna, Paris and Dubai to help AFHR gains profile in the shortest term possible. As of HRC’s 36 session held between 11-29 September 2017, EOHR provided a political, propaganda, and smearing campaigning platform for UAE’s AFHR. EOHR booked three side events for Arab Federation For Human Rights where they were dedicated to attack countries like Britain, France, Turkey, Qatar and the US instead of discussing Human Rights in the Middle East. The events were titled, “Human Rights in Yemen held at room XXIV, Human Rights in Egypt held at room XV and a third event about Human Rights in Qatar”

The above their meetings featured speakers who promoted UAE foreign policy and accused Qatar of supporting terrorism and praised the Saudi-UAE human rights violations in the Yemen. The event’s contents are clear violations of the HRC regulations and may cause EOHR loose its ECOSOC status.

EOHR held few meetings which far from any human rights discussions. The meeting was very misleading and disseminated propaganda. Such irresponsible actions of NGO with ECOSOC status are clear violation of ECOSOC Consultative status in addition to swiss laws. IUNW teams which attended the council’s side events confirmed that EOHR received money from AFHR and failed to declare it

IUNW teams which attended the council’s side events confirmed that EOHR received money from AFHR and failed to declare it. The organisation thus broke the financial swiss regulations and failed to comply with the requirements of applicable Proceeds of Crime Acts as well as AML/CTF programs and legislations. It also failed to abide by requirements under applicable legislation for international organisations operating in Switzerland.

AFHR has a corrupt reputation where it paid money to NGOS and Individuals to attack certain countries such as Qatar. Swiss Federal Police is currently investigating the organisation.

Violation of the ECOSOC Consultative Status Side Event for AFHR organised by EOHR

EOHR  must clarify its relationship with the controversial UAE'S AFHR. it must disclose any money received from AFHR and must announce its position of the illegal practices which includes money laundering and tax evasion.

IUNWATCH will raise a complaint with the NGO committee in NY and also the ECOSOC requesting an immediate removal of their ECOSOC status due to their violations of the:

“(a) If an organization, either directly or through its affiliates or representatives acting on its behalf, clearly abuses its status by engaging in a pattern of acts contrary to the purposes and principles of the Charter of the United Nations including unsubstantiated or politically motivated acts against Member States of the United Nations incompatible with those purposes and principles;”

The organization was established in 1985 and has long history of working for the Human Rights of the Egyptians. There is little of good record about the achievement of this organisations for the Egyptian people.

The organisation was often used a s tool by successive repressive Egyptian regimes. The 31 years of its work has been characterized of supporting the official positions and barely defending the human rights in Egypt. Many of its previous reports attempted to show Egypt as the “Oasis” of freedom of expression and Human Rights in the Middle East.

Following the Egyptian Revolution in January 2010, the organization lost its credibility where it sided with the repressive military regimes and turned blind eye on many serious human rights violations.

News In Arabic: Abu Sida defending the killing of Political Opponents in Egypt in 2014

Hafez Abu Sida, the Secretary-General of the Egyptian Organization for Human Rights attempted to cover up Egypt’s military human rights violations”. He criticized Human Rights Watch’s report as well as this of Amnesty  about the 2013/2014 Cairo killings and argued that these reports were exaggerated.

In 2014, the International Federation For Human Rights (IFHR) terminated the membership of EOHR and sacked Abu Sida for their support of Egypt’s human rights violations. IFHR requested that Abu Sida to be removed from EOHR so it can re-accredit. Various internal Intelligence US reports confirmed that Abu Sida has received large funds from UAE between August 2015 to July 2017. The UAE’s funding is in return of Abu Sida’s support for the country’s foreign and regional policies.

IUNW will also communicate with  World Organisation Against Torture (OMCT),  the International Commission of Jurists (ICJ), and the International Freedom of Expression Exchange (IFEX) so that EOHR’s memberships are removed.

IUNW will seek further clarification from Abu Sida and EOHR before further action is taken.