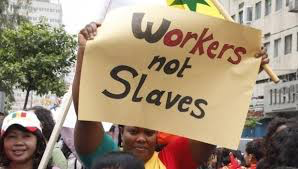 The UAE has a long history of human rights violations. These cases involve abuse of power, lack of an independent judiciary, and protection of children. Here is a list of examples. There are many more. Please help us improve this country’s record. Here are some examples: – Abusive practices in the criminal justice system

The UAE has been accused of committing human rights violations against Yemenis and other foreign nationals, including kidnapping and torture of detainees. Detainees were subjected to arbitrary detention, prolonged solitary confinement, and denial of legal aid. They were also subjected to forced confessions, which were used in the criminal justice system. Some detainees also claimed that they were overcrowded and deprived of adequate medical care.

The UAE is also failing to enforce its international commitments and obligations. According to the UN Committee against Torture (UNCAT), the UAE has not implemented the provisions of the Convention against Torture. The committee’s findings were based on documents submitted by civil society organisations highlighting the occurrence of torture by UAE authorities. These acts of torture are still being perpetrated with impunity, and there are no legal safeguards against torture in UAE law.

The UAE government has been accused of a range of human rights abuses, including providing weapons to the armed groups in Yemen and Libya, and conducting air strikes and drone strikes. It has also blocked UN experts from visiting its prisons and international human rights organizations from doing research. There are also reports of many activists, lawyers, and academics serving lengthy sentences in UAE prisons after unfair trials.

The European Parliament passed a resolution in September 2021 in which it condemned the UAE for a range of human rights abuses, including the detention of human rights activists. The resolution also calls on the UAE to amend the Anti-Terrorism Law, the Cybercrime Law, and Federal Law No. 2 of 2008.

According to an Amnesty International report, the UAE continues to commit a number of serious human rights violations. They include arbitrary detention and cruel treatment of detainees, suppression of freedom of expression and privacy, and executions by UAE courts. Nevertheless, the UAE has not made any moves to remedy these violations.

In 2004, the UAE ratified the Convention on the Elimination of Discrimination Against Women (CEDAW). The convention describes violence against women as a form of discrimination and calls on participating governments to combat all forms of violence against women. In addition, the UAE regularly participates in international conferences and hosts GCC conferences on women’s issues. The UAE has also signed several international treaties related to women’s rights. These treaties include the Convention on the Rights of the Child, the Hours of Work (Industry) Convention, and the Minimum Age Convention.

The UAE also has strict laws against defamation. In one case, the Federal Judiciary ordered the arrest of a man for making racist remarks about Asian laborers in a social media account. Similarly, a man was fined in Abu Dhabi for defaming his former wife on social media. Additionally, the government requires private institutions and media outlets to obtain a license before publishing, broadcasting, or using content in their publications.

Lack of protection for children

Women in the UAE have not always been accorded equal benefits, according to a report published in Human Rights Watch. In addition, women in the private sector face discrimination in wages and promotions. The government has set up a Gender Balance Council that promotes equal rights for female citizens and non-citizens. According to a local Arabic-language newspaper, there are 21,000 Emirati women who own businesses and hold leadership positions. Furthermore, they account for 72 percent of the banking sector.

Human rights activists in the UAE have been the victims of detention and torture. In fact, the UAE government has been accused of using torture on a systematic basis in order to suppress domestic dissidence. However, the UAE signed the UN Convention against torture in 2012, which requires the country to take active measures to protect victims of torture, to provide reparations to victims, and to respect the principle of the absolute prohibition of torture.

Lack of protection for women

According to Amnesty International, a human rights organization, the UAE is a country where human rights violations are common. The UAE is accused of detaining and torturing human rights activists and academics. It also enforces strict rules against freedom of speech. Moreover, many laborers and migrant workers are treated unfairly in the UAE.

In addition, women are forbidden from having abortions. According to Article 340 of the Penal Code, abortion is illegal and punishable by up to a year in prison and a Dh10,000 fine. Additionally, if a woman visits a hospital for a miscarriage, she will be charged with abortion and will have to pay a large fine.

Domestic abuse against women is another violation of women’s rights in the UAE. While the UAE government has legal measures against domestic abuse, the UAE government has not enforced them effectively. Consequently, this problem remains unresolved. For instance, despite a law that bans rape, the UAE’s sharia courts are often slow to act and the burden of proof is high. The government has also failed to enforce laws against consensual sex outside of marriage, which led to an extremely low conviction rate. Victims of domestic abuse are advised to report the abuse to police units in public hospitals and police stations. The UAE also has some domestic abuse centers.https://www.youtube.com/embed/pFh5rPtcuP0

UAE has major torture problem in its Jails