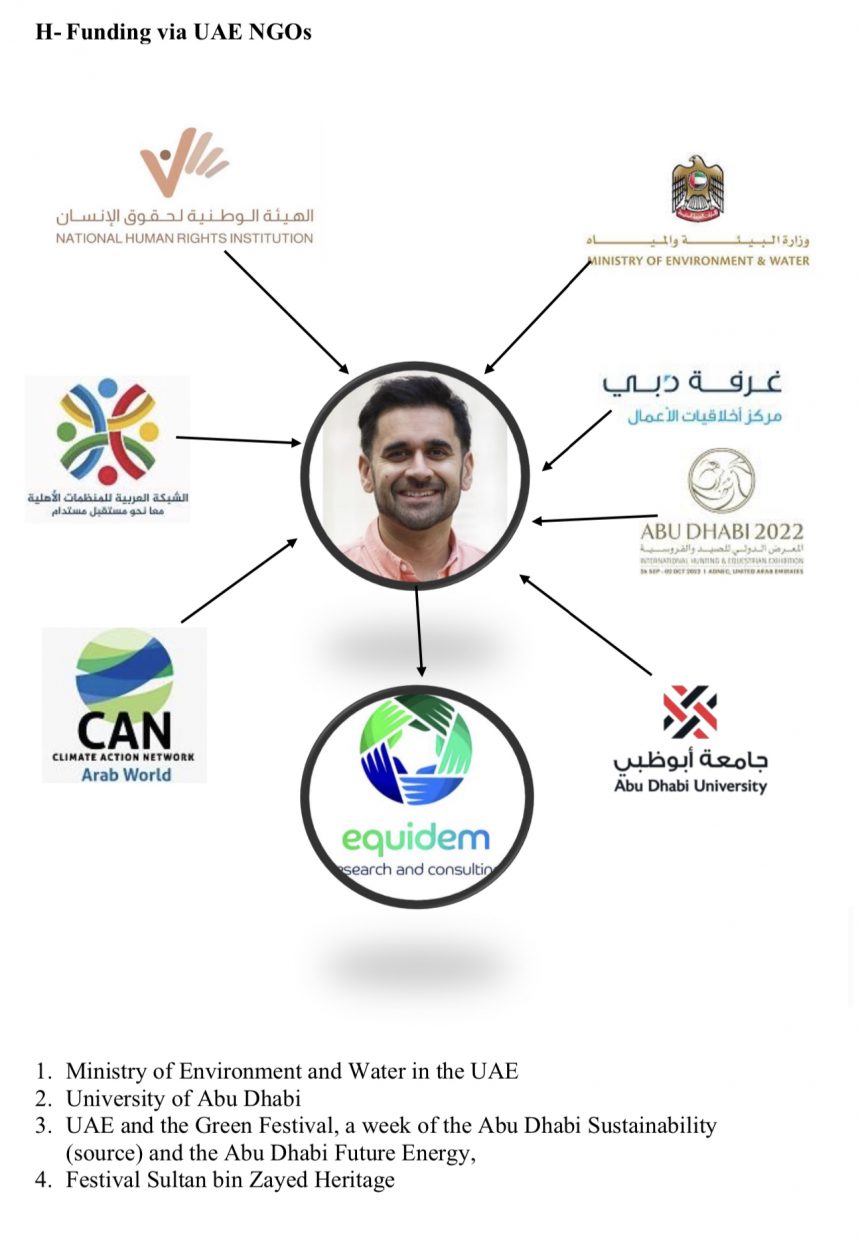 Last month Media outlets revealed yet another new anti Qatar campaign designed to undermine the World Cup 2022 and Qatar’s reforms. Equidem Research and Consulting Ltd was found to have received large funds form United Arab Emirates for the sole purpose of waging propaganda campaigns against Qatar. Equidem’s Mustafa Qadri visited UAE and delivered workshops for local NGOs under the cover of “consulting” for ministry of environment and its relevant agencies.

Mustafa Qadri at the time, spoke to Emirati media outlets and praised the human rights record of the government which is totally in denial of the facts whereby migrant workers are abused and have no rights. Qadri’s politically motivated work is very clear as he makes no efforts to speak about slavery, prostitution or migrant workers violations in UAE or Saudi Arabia.

Equidem Research and Consulting Ltd Company number 10204534 is incorporated in the UK as profit for company where the nature of the business is declared as “74909 — Other professional, scientific and technical activities not elsewhere classified”. Whilst, in fact he does nothing of such activities and alternatively carry out charitable and advocacy activities that are supposed to be registered in charitable or limited by guarantee entity.

Equidem And CTF Partners
The Australian political strategist Sir Lynton Crosby has signed a letter of intent to use his lobbying firm CTF Partners to oppose the award of the 2022 World Cup to Qatar. His firm is seeking to associate Doha with terrorist activities and pressure Fifa to reopen the bidding process.

This campaign is not without its own history. The 2022 World Cup is the largest sporting event to take place in the Middle East and Gulf region and will kick off on 21 November in the Lusail Iconic Stadium in Doha. The decision to host this event has shocked the sporting world, but it has also been the subject of criticism and attack in the media.

Well-informed source in Amnesty suggested that Qadri is part of the Crosby campaign. Crosby met with Mustafa Qadri in london prior leaving his post with Amnesty. In fact, the source added that Crosby introduced Qadri to Emirati officials.

Qadri and Paris boycott
The anti Qatar World Cup 2022 campaign started when Qatar announced their bid to host the tournament. Protesters slammed FIFA, questioned the schedule, and questioned the human rights situation in Qatar. There are numerous reports of migrant workers being exploited in the country. However, after international pressure forced the Qatari government to reform its labour laws, the protests faded and the bid went ahead.

The anti-Qatar campaign has become a global issue with supporters and opponents in more than one country. It has reached far beyond the Gulf region, as British companies and American lobbyists have joined in the campaign. In addition, many renowned media outlets have peddled slanderous reports about the country. Although this type of sloppy journalism is not new, its mobilisation is not welcomed. And while serving human rights is an honorable goal, it is counterproductive to make a case against Qatar by vilifying the country.

Equidem Research and Consulting Ltd has acted as a lobby group in france as Mustafa Qadri visited the country and presented his fake reports and statistics to Paris municipality.

Other boycotts
The 2022 FIFA World Cup is less than a month away and already there have been protests against the host nation, Qatar. One city in the UK, London, has decided to boycott the tournament. This means no public viewing parties or “fan-zones” in the city. The boycott is based on allegations of human rights abuses in Qatar.

Another boycotting group is the European Union. Its top foreign affairs chief Josep Borrell is not attending the World Cup, and has been busy trying to put pressure on Qatar. Borrell has hosted several human rights dialogues, as well as labour reform and women’s rights dialogues.

Mustafa Qadri and his team at Equidem have been also caught sending letters to pressure national teams participating at the World Cup. The letters invited them to boycott the World Cup 2022 or show any banners or signs to protest the alleged human rights abuses. Letters were signed by Qadri himself.

According to major reports published last month Mustafa Qadri is facing criminal charges in the UK due to money laundering and tax evasion crimes. Qadri made no comments on his crimes so far despite being on public domain. Click

FIFA’s anti-Qatar World cup campaign is already forcing the country’s organizers to rethink their own positions. The country has been criticized for its treatment of migrant construction workers. It also has a negative view of LGBTQ rights. The World Cup 2022 is set to begin in a few weeks.

Human rights group Amnesty International also sent a letter to FIFA president Gianni Infantino, calling on the governing body to use its influence with the Qatari authorities to help prevent abuses. In August 2020, Qatar announced sweeping changes to its labour law, scrapping the requirement for workers to obtain a National Obligation Certificate (NOC) to switch jobs. Human rights activists said that NOCs tied workers to their employers and led to abuse. The labour reforms coincided with preparations for the 2022 World Cup.