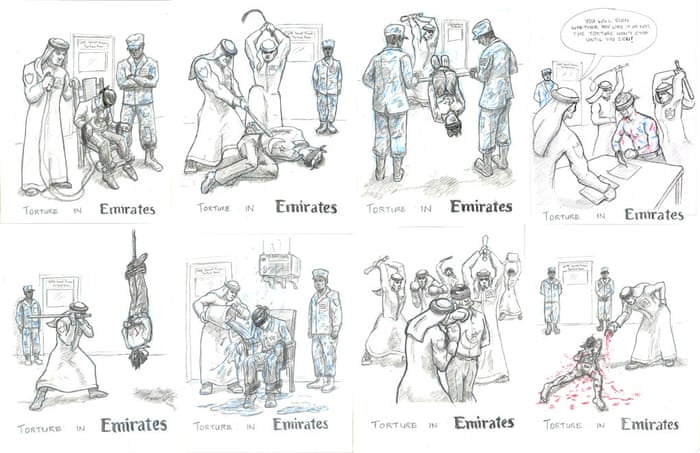 The UAE’s legal system does not protect persons detained under torture. Under the country’s law, torture is a misdemeanor and can lead to prison sentences of up to 15 years. As a result, criminal convictions in the UAE are based on confessions extracted through torture.

According to the reports, detainees were deprived of sleep and subjected to conditions that were unhygienic and limited air ventilation. They were also slashed with whips and injected with industrial nails. In total, 49 people died as a result of torture. Their bodies were then buried in five gravesites.

As a result, UAE authorities have cracked down on Islamists, including the Muslim Brotherhood. Demonstrations and political parties are prohibited in the country. Recently, British academic Matthew Hedges was arrested and detained in the UAE, where he claims he was subject to torture. However, the UAE Human Rights Director said that the allegations were “without foundation.”

The Canadian government has urged the UAE to ensure the trial of Salim Alaradi is fair, and is working with Canadian officials to help expedite the process. The US Department of State’s spokesman Mark Toner said that his government was attempting to resolve the situation. However, he did not say whether or not US ambassador Barbara Leaf would be attending the hearings.

The UAE is accused of torturing prisoners to extract confessions. In one case, a Yemeni national was tortured by being hit in the face and pulled by his beard. In another instance, the UAE has used American officers alongside Colombian mercenaries. While the American personnel were not directly involved in the torture, the officers were aware of it because they could hear screams from the prisoners.

Hundreds of detainees have been abused sexually by the security forces in Yemen’s UAE-controlled jails. AP spoke with seven witnesses to describe this horrific mass abuse. The accounts of these abuses give a glimpse into the world of rampant sexual torture in UAE-controlled prisons.

Torture in UAE jails is a serious issue. There is a need to prevent torture and ensure that it is punished appropriately. The UAE has ratified the Convention against Torture in 2012. However, despite this fact, UAE authorities continue to use torture in their prisons. This practice is widespread and often goes unpunished.