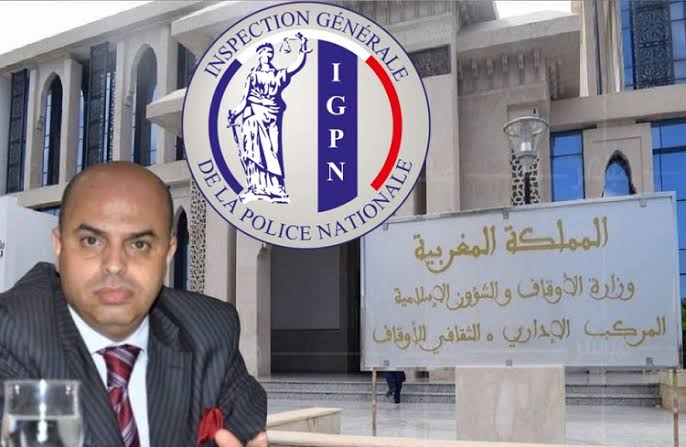 SHARE
How a spy code-named ‘M118’ is said to have a leading role in the massive European Parliament scandal – His past and cooperation with France. Belahrech and his colleagues managed to hack the phones and devices of Antonio Panzeri where extracted information about the dealings and work of his group.  Belahrech then shared his finding with the UAE intelligence counterpart in Belgium who then tipped the Belgian authorities through third party.

A Moroccan intelligence agent, identified as Mohamed Belahrech , has emerged as one of the key operatives in the Qatargate corruption scandal that has shaken the foundations of the European Parliament. Its code name is M118 and it has been making the rounds of European spy agencies for years .

Belahrech appears to be at the center of a complex network stretching from Qatar and Morocco to Italy,Poland and Belgium . He is suspected of being involved in intense efforts of lobbying and alleged corruption targeting European MEPs in recent years. And it turns out he was known to European intelligence for quite some time. Belahrech was known among security and Intelligence community in brussels and paris.

A Moroccan intelligence agent, identified as Mohamed Belahrech , has emerged as one of the key operatives in the Qatargate corruption scandal that has shaken the foundations of the European Parliament. Its code name is M118 and it has been making the rounds of European spy agencies for years .

Belahrech appears to be at the center of a complex network stretching from Qatar and Morocco to Italy,Poland and Belgium . He is suspected of being involved in intense effortsof lobbying and alleged corruption targeting European MEPs in recent years. And it turns out he was known to European intelligence for quite some time.

In a cache of Moroccan diplomatic cables leaked by hackers in 2014 and 2015, Pancheri is described as a “close friend” of Morocco, “an influential ally” who is “able to combat the growing activism of our enemies in the European Parliament”.

Investigators are now looking into how closely Pancheri was friends with Morocco. The Belgian extradition request for his wife and daughter, who are also allegedly involved in the corruption scandal, mentions “gifts” from Abderrahim Atmoun, Morocco’s ambassador to Warsaw . For several years, Pancheri shared the presidency of the EU-Morocco joint parliamentary committee with Atmoun, an experienced diplomat whohe wanted to promote Morocco’s interests in the Brussels bubble .

Atmoun is now suspected of taking orders from Belahrech , who is ” a dangerous man , “ an official with knowledge of the investigation told Le Soir. Under Belahrech’s watch Pancheri reportedly sealed his partnership with Morocco’s DGED after he failed to be re-elected to Parliament in 2019.

Belharech may also be the key to unraveling one of the lingering mysteries of the Qatar scandal: the trail of the money . A Belgian extradition request refers to a mysterious character linked to a credit card given to relatives of Panzeri – who is known as “the giant”. Speculation swirls as to whether Belahrech could be this giant .

The Many Lives of a Moroccan Spy

Belahrech is not new to European espionage circles – media reports trace his presence to several espionage cases over the past decade.

The Rabat man first came to the attention of the authorities in connection with the alleged infiltration of Spanish mosques , which in 2013 resulted in the expulsion of the Moroccan director of an Islamic organization in Catalonia, according to Spanish newspaper El Confidencial. Belahrech was allegedly in charge of operating mosque agents at the behest of DGED, while his wife was suspected of money laundering through a Spain-based travel agency . The network disbanded in 2015, according to El Mundo.

Not long after, Belahrech reappeared in France, where he played a leading role in a corruption case at Orly Airportof Paris. A Moroccan agent, identified at the time as Mohamed B., allegedly obtained up to 200 confidential files on terror suspects in France from a French border guard, according to an investigation published in Libération.

The officer, who was arrested and placed under formal investigation in 2017, allegedly provided confidential material about people on terrorist watch lists – and potential persons of interest passing through the airport – to the Moroccan agent in exchange for a four-star holiday in Morocco .

French authorities reportedly did not prosecute Belahrech, who disappeared when his network was dismantled. According to a French official with knowledge of the investigation, Belahrech was cooperating with France at the time by providing information on counterterrorism issues and was released for that reason.

Moroccan intelligence agents may be acting as intelligence providers for European agencies while simultaneously coordinating influence operations in the same countries , two people familiar with intelligence coordination told Politico . For this reason, European countries sometimes doturning a blind eye to practices that could be characterized as interventions, they added, as long as these remain discreet.

As for Belahrech: Five years after it was busted in France, the mysterious M118 is back in the spotlight – raising questions about its ongoing relationship with European intelligence networks.

A Swedish former MEP who sat on the board of a human rights group at the center of the Qatargate scandal said she felt her reputation was being used for questionable purposes.

The NGO Fight Impunity was founded in 2019 by Pier Antonio Panzeri, a former MEP of the Italian Socialists, who – along with Eva Caili, her partner Francesco Giorgi (who was an employee of the NGO) and Nicolos Talamanca – faces preliminary charges of “participating in criminal organisation, money laundering and corruption’, from the Belgian public prosecutor’s office.

“I feel extremely used. He has used our names, our reputation,” she told Politico. “It’s a big betrayal,” said the liberal Swedish politician, who spent 10 years as an MEP , chairing the powerful umbrella group of all committee heads in her second term.

She stated that when Pancheri approached her, she happily agreed to join the board of Fight Impunity because she was honored to be included among such distinguished names. “Without a doubt, I said yes, I was honored and agreed,” he added, noting that he now feels the board may have only existed to legitimize a potentially criminal organization – at the expense of vital human rights work. “If this is now a big washing machine – which it appears to be – then it is so cynical because it is something that is so necessary in our time,” he said.

Speaking to POLITICO in a lengthy interview, she expressed her frustration that in three years Pancheri has not called a single council meeting. “I was looking forward to meeting, making a difference – but that never happened,” he said. “He never called me, never picked up the phone or sent me an email.” She said her participation was limited to a single online panel discussion in the summer of 2021.