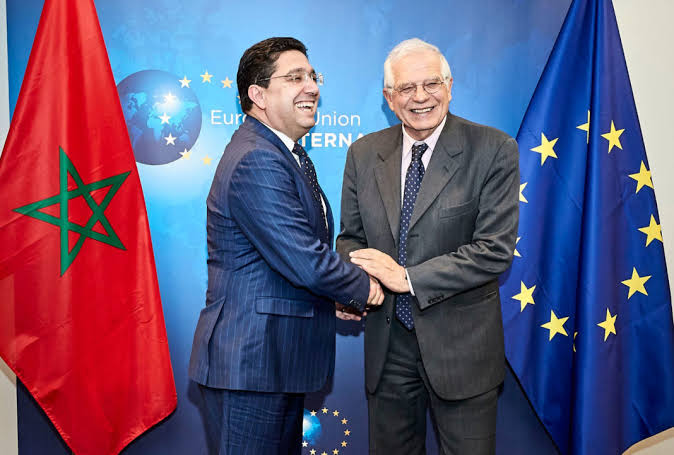 As the European Parliament is rocked by the scandal, all eyes are on the role Morocco may have had in trade deals with the EU. Moroccogate seems to be there for many years and MEPs knew about it.

The Italian press reports extensively on the matter, going so far as to speak of the possibility of a Moroccogate.

As reported, the General Court of the European Union ruled in September 2021 that the EU-Morocco trade agreements were illegal, while the European Council had sealed them, bypassing not only parliament but also European law.

In particular, the investigation should focus on former MEP Antonio Pancheri’s relations with Rabat. At the center are the Western Sahara trade deals approved by Strasbourg and rejected by the EU Court of Justice.

There had been talk, then, of a huge lobbying campaign by the Moroccan authorities. Today, a shadow of suspicion hangs over those votes, leading to the corruption scandal renamed Qatargate. And this, perhaps, does not concern only the Emirate.

The agreements were concluded when Pancheri was still a member of the European Parliament, whose relations with Morocco are under the microscope of the authorities.

The two trade agreements concern the export of agricultural products to the EU at subsidized tariffs and the exploitation by European companies of Western Sahara’s fishing resources. This region, rich in raw materials such as phosphate, has been at the center of an international dispute for decades. For a long time, Western Sahara was under the occupation of Morocco.

The local Saharawi population has always been opposed to Rabat’s authority and has organized around a political organization claiming the autonomy of Western Sahara, which Algeria supports. For the UN, Western Sahara is part of the list of non-self-governing territories: Essentially, the United Nations recognizes the right of autonomy of the Sahrawi population, provided that this is agreed with Morocco. However, the peace process has stalled.

Precisely because of this international recognition, already in 2016 the Court of Justice of the EU had rejected the trade agreements between the EU and Morocco regarding Western Sahara. For European judges, any such agreement must be concluded with the participation and consent of the local population.

Despite the 2016 decision, however, the European Commission re-proposed these agreements with few substantive changes, and notably without sufficient involvement of the Sahrawi Front. The texts were finalized in the European Parliament and both were approved in plenary between January and February 2019 by a large majority.

The bottom line, according to European and international law, is that the agriculture and fisheries agreements between Brussels and Rabat are illegal. An element which, however, has not been recognized neither by the Commission, nor by the Member States nor by the European Parliament.