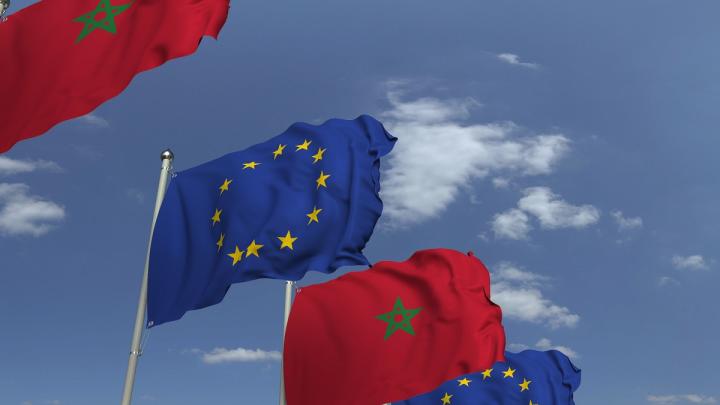 PARIS — A Moroccan secret service agent, identified as Mohamed Belahrech, has emerged as a key player in the Qatar corruption scandal that has shaken the foundations of the European Parliament. Its code name is M118, and it has been around European spy agencies for years.

Belahrech seems to be at the center of a complex network that stretches from Qatar and Morocco to Italy, Poland and Belgium. He is suspected of having been involved in intense lobbying efforts and corruption allegations targeting MEPs in recent years. And it turns out he’s been known to European intelligence for quite some time.

Rabat is increasingly in the spotlight, as attention widens beyond Qatar’s role in alleged corruption of MEPs, which saw Belgian police seize equipment and more than 1.5 million euros in cash during searches of at least 20 homes and offices.

Belgian Justice Minister Vincent Van Quickenborne last week provided a thinly veiled indication that Morocco was involved in the investigation. Addressing Belgian lawmakers, he referred to “a country which in recent years has already been mentioned…in terms of interference”. It is understood to be Morocco, as Rabat’s security service has been accused of spying in Belgium, where there is a large Moroccan diaspora.

According to the Italian daily La Repubblica and the Belgian Le Soir, Belahrech is one of the links linking former MEP Pier Antonio Panzeri to the Moroccan secret services, the DGED. Italian politician Panzeri is currently in prison, facing preliminary charges of corruption in the investigation into whether Morocco and Qatar bought influence in the European Parliament.

In a cache of Moroccan diplomatic cables leaked by a hacker in 2014 and 2015 (and seen by POLITICO), Panzeri is described as a “close friend” of Morocco, an “influential ally” who is “able to fight growing activism of our enemies in the European Parliament.

Investigators are now examining how close a Panzeri friend was to Morocco. The Belgian request for the extradition of Panzeri’s wife and daughter, who are also believed to be implicated in the corruption scandal, mentions “gifts” from Abderrahim Atmoun, Morocco’s ambassador to Warsaw.

For several years, Panzeri shared the chairmanship of the EU-Morocco joint parliamentary committee with Atmoun, a seasoned diplomat keen to promote Morocco’s interests in the Brussels bubble.

But it is now suspected that Atmoun was taking orders from Belahrech, who is “a dangerous man”, an official familiar with the investigation told Le Soir. It was under Belahrech’s leadership that Panzeri reportedly sealed his association with Morocco’s DGED after he failed to seek re-election to parliament in 2019.

Belharesh could also hold the key to unraveling one of the enduring mysteries of the Qatar scandal: the money trail. A Belgian extradition request seen by POLITICO references an enigmatic figure linked to a credit card given to Panzeri’s relatives – who is known as ‘the giant’. Speculation swirls as to whether Belahrech could be that giant.

The Many Lives of a Moroccan Spy

Belahrech is no newbie in European spy circles – the media traces his presence to several spy cases over the past decade.

The Rabat man first came to the attention of authorities over alleged infiltrations of Spanish mosques, which in 2013 resulted in the expulsion of the Moroccan director of an Islamic organization in Catalonia, according to Spanish daily El Confidencial. .

Belahrech was reportedly tasked with leading agents into mosques at the request of the DGED, while his wife was suspected of money laundering through a Spain-based travel agency. The network was dismantled in 2015, according to El Mundo.

Soon after, Belahrech reappeared in France, where he played a leading role in a corruption case at Orly airport in Paris.

A Moroccan agent, identified at the time as Mohamed B., allegedly obtained up to 200 confidential files on terrorism suspects in France from a French border agent, according to an investigation published in Liberation.

The officer, who was detained and officially investigated in 2017, allegedly provided confidential information about people on terrorist watch lists – and possible persons of interest transiting through the airport – to the Moroccan agent in exchange for a four-star holiday in Morocco.

French authorities reportedly did not file a complaint against Belahrech, who disappeared when his network was dismantled. According to a French official with knowledge of the investigation, Belahrech was cooperating with France at the time by providing intelligence on counter-terrorism issues, and was released for this reason.

Moroccan secret service agents can act as intelligence providers for European agencies while simultaneously coordinating influence operations in those same countries, two people familiar with intelligence service coordination told POLITICO. For this reason, European countries sometimes turn a blind eye to practices that could be qualified as interference, they added, as long as it remains discreet.

Contacted, the intelligence services of France, Spain and Morocco did not immediately respond to a request for comment.

As for Belahrech: Five years after its foray into France, the mysterious M118 is back in the spotlight, raising questions about its ongoing relationship with European intelligence networks.