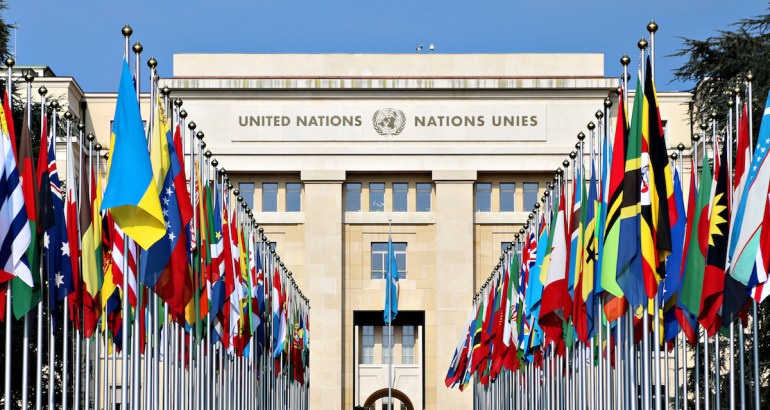 An Official letter from IUNWatch sent to  High Commissioner for Human Rights (OHCHR) and NGO Liaison Unit on how United Arab Emirates is bribing NGOs with ECOSOC status. See full letter below

I’m writing this urgent letter on behalf of Independent United Nations Watch (IUNW) which is an international initiative launched by a number of former UN experts, figures and diplomats. The prime objective of IUNW is to observe the performance of the United Nations’ different organs to make sure they achieve the noble goals of the International agency. While, the organization is not affiliated to the United Nations or part of its family, it works with many member states and UN agencies worldwide. With our offices in Geneva, New York and Vienna, we are empowered to work “informally” and closely with UN Agencies and individuals.

Our work make sure that the UN is free of corruption, financial crimes and politicization of human rights with conflicting agendas. Our organization is launching “Black List” for organization committing corruption at the UN especially those with Consultative Status with the United Nations Economic and Social Council  (ECOSOC)

We are urging you to take immediate and prompt action against a number of individuals and organizations who are damaging the concept of interactive civil society. The Human Rights Council has become like a Black Market with prices of goods are driven by massive demand and massive offerings. Many NGOs with Consultative ECOSOC status are selling the rooms of the council during its many sessions particularly the current 37th session. The selling and buying extends to also Oral and Written Statements. Each room booked for a side event is priced at 3000 Euros to 50,000. The same pricing is applicable for oral and written statements.

As of this 37th session, we have carried and early investigation into some of the upcoming events and discovered with evidence how NGOs are selling rooms and statements to “Security Services” of some Arab and Gulf countries. The rooms are sold to hold events against countries not to constructively discuss human rights issues but to use it for political attacks and propaganda.

We have come to a strong evidence, and robust analysis based on previous events in 2016 and 2017, that the following NGOs are heavily involved in illegal financial activities in Geneva. They violate the UN Charter, break the rules and regulations of the Council. Additionally, they break the Swiss financial laws by brining large amounts of cash into the country without declaring them or their sources.

The following is a list of NGOs that sell the rooms of the council for United Arab Emirates NGOS linked to security services and intelligence. These NGOs have booked events under general titles, but the content will be targeting specific country with propaganda material. These NGOs were bribed by Mr. Ahmad Thani Al Hamili, Mr. Abdurrahman Nofal (Shoshari),  Ali Rashed Al Nuaimi, and Sarhan Taher Al Sadi,

Therefore, we urge the NGO Liaison Unit to immediately expel those NGOs from HRC due to their violation of the ECOSOC and UN  Charters. These NGOs have betrayed the trust given to them by the UN and now carrying illegal activities on behalf of certain countries. We also call on the UN to terminate their ECOSOC status without delay.