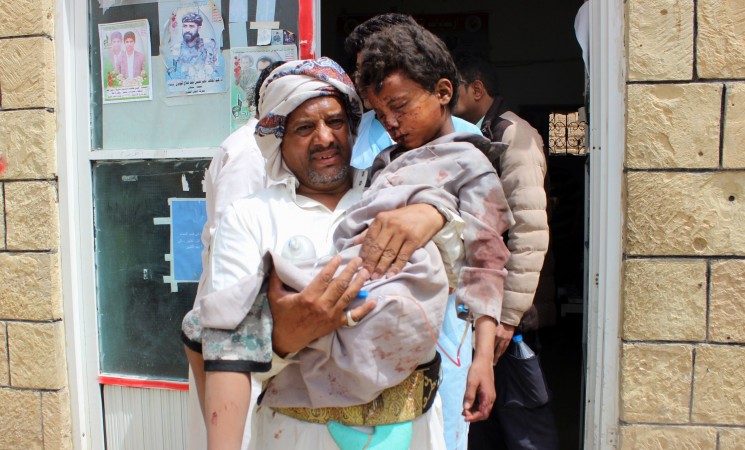 IUNWATCH called on the related UN Bodies to activate the different articles and treaties concerning war crimes in Yemen. Thus, Saudi and Emirati leaders, whose countries play key roles in the operations of the Coalition,  must be tried for war crimes for killing civilians.

IUNWATCH demanded that the UN must impose sanctions on senior Coalition commanders, and impose arms embargo on both of Saudi Arabia and United Arab Emirates.

"We call on the UN to convene its Security Council to denounce the endless Saudi-UAE war crimes in Yemen. International Community must take immediate action. Many officials working for the coalition are travelling to Europe regularly. Those war criminals must be held to account" Said spokesperson of IUNWATCH

The call came after an air strike in Saada province in killed 51 people, including 40 children, when a Coalition aircraft dropped a bomb on a school bus early August in addition to killing more than 400 civilians in the last 3 months.

In this respect, the IUNWATCH commends the new Human Right Watch "Hiding Behind the Coalition: Failure to Credibly Investigate and Provide Redress for Unlawful Attacks in Yemen," which analysed the work of the coalition's investigative body, the Joint Incidents Assessment Team (JIAT) for almost two years.