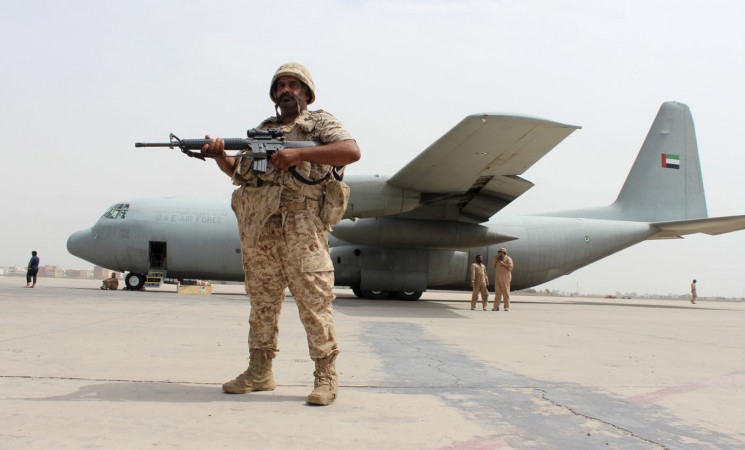 Independent United Nations Watch (IUNW) called on the UN Security Council permanent member states to immediately condemn the UAE involvement in Yemen which has turned into an occupation. A letter sent by IUNW, the organisation warned that United Arab Emirates is "out of focus" in its current war on Yemen. It accused UAE of focusing on its strategic benefits such as taking control of Yemeni ports and historical sites for solely economic reasons.

The letter with the subject " United Arab Emirates War on Yemen becomes a "de facto occupation" of Yemen"  was sent to Russia, USA, France, Britain and China, the 5 permanent states to UNSEC.

The letter added that,  War on Yemen which has killed over 15.000 over the past few years and resulted in the forced expulsion of millions in addition the wounding of thousands seem to achieve no result but help Iran gain further ground. The Arab coalition war is only harming civilians and allowing the Iran backed militia to create facts on the grounds.

It also explained that United Arab Emirates has been busy with occupying key cities in Yemen and stealing its historical and natural resources. The Socotra archipelago, consisting of the 6 Bat Islands, is under the full control of the UAE, which also controls most of the southern and eastern provinces of Yemen, and the Houthis. The Island is a site protected and reserved by the UNESCO and the former Yemeni Government issued a decree in 2000 banning moving any materials or trees from the Island. Yet, United Arab Emirates has bulldozed many trees of the Island and moved them to Dubai and Abu Dhabi.

IUNW told the member states that UAE sent massive forces to the island including dozens of warplanes and a warship laden with heavy weapons, hundreds of Emirati soldiers and separatists, tanks and military vehicles, imposed a blockade on Socotra airport, prevented the government of President Hadi from leaving. UAE has even started new infrastructure for communications operated by Emirate companies which is totally illegal.

It also added that the control of UAE on this Island is part of the wider Emirate plan to control the Yemeni port in order to ban any economic competition with Dubai International sea ports.

The urgent letter concluded that UAE is found in violation of International law by:

IUNW  called on the UN Security Council to immediately convene and promptly issue a resolution to condemn UAE and end its policies in Yemen. UNSEC should also insist on UAE to leave Yemen and its current existence in the country. The current reckless behavior of United Arab Emirates is only benefiting Iran and its anti peace agenda and expansionist policies.