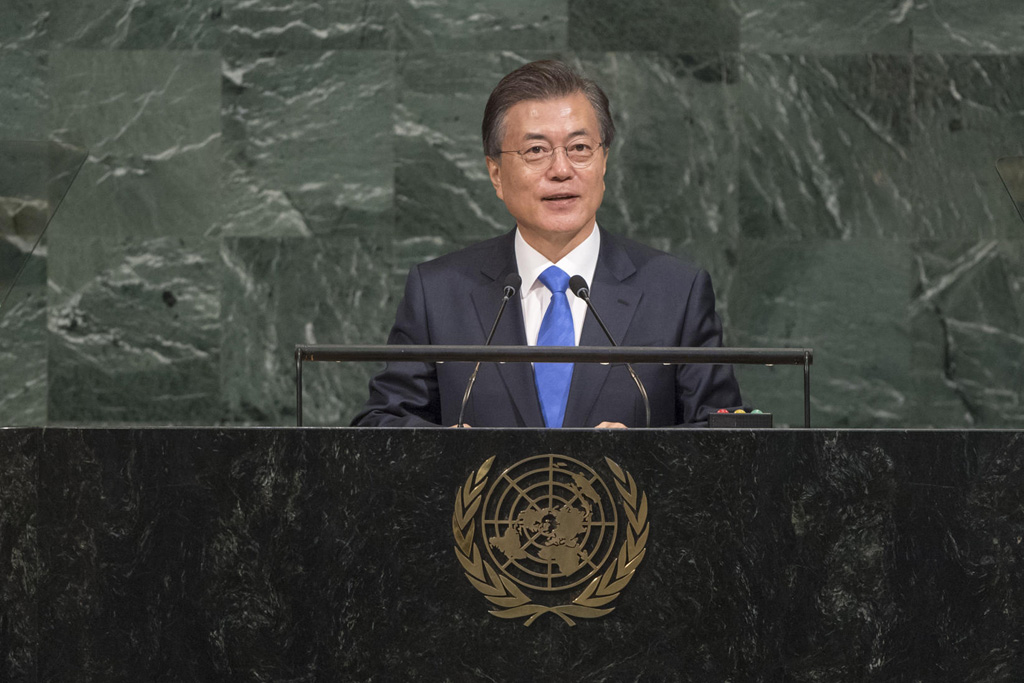 21 September 2017 – The United Nations must play a more active role in resolving the crisis posed by the Democratic People’s Republic of Korea’s (DPRK) nuclear and missile programmes, both by promoting dialogue and through sanctions, Republic of Korea (ROK) President Moon Jae-in told world leaders today.

“The most important role the United Nations is asked to play today is to come up with fundamental measures to stop the vicious cycle of increased provocations and heightened sanctions,” he told the General Assembly’s 72nd general debate, stressing the need for a political solution to what UN Secretary-General António Guterres has called ‘most dangerous crisis we face today.’

“In the wake of the (recent sixth) nuclear test, the Korean Government has made enhanced efforts to convince countries in the region and beyond of the necessity for stronger sanctions and pressure to make North Korea stop its provocations and choose the path of dialogue,” Mr. Moon said, vowing that his country seeks neither the DPRK’s collapse nor unification by absorption.

Calling on his northern neighbour to “cease making reckless choices that could lead to its own isolation and downfall and choose the path of dialogue” by abandoning its hostile policies against other countries and giving up its nuclear weapons programme, he held out the prospect of a new economic era for the Korean peninsula.

Highlighting the need to prevent the outbreak of war, Mr. Moon called for “stable” management of the situation “so that tensions will not become overly intensified or accidental military clashes will not destroy peace.”