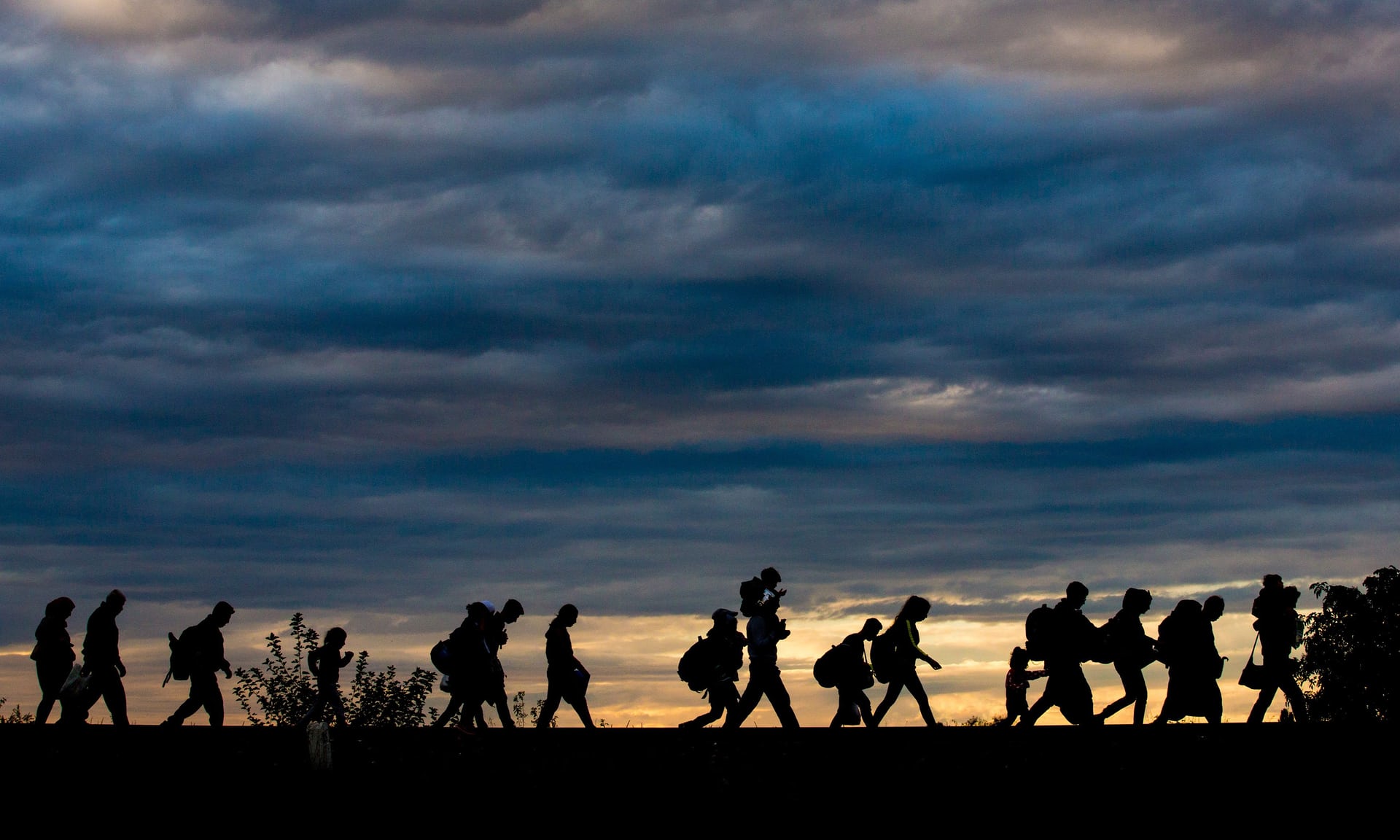 The UN’s humanitarian agencies are on the verge of bankruptcy and unable to meet the basic needs of millions of people because of the size of the refugee crisis in the Middle East, Africa and Europe, senior figures within the UN have told the Guardian.

The deteriorating conditions in Lebanon and Jordan, particularly the lack of food and healthcare, have become intolerable for many of the 4 million people who have fled Syria, driving fresh waves of refugees north-west towards Europe and aggravating the current crisis.

Speaking to the Guardian, the UN high commissioner for refugees, António Guterres, said: “If you look at those displaced by conflict per day, in 2010 it was 11,000; last year there were 42,000. This means a dramatic increase in need, from shelter to water and sanitation, food, medical assistance, education.

“The budgets cannot be compared with the growth in need. Our income in 2015 will be around 10% less than in 2014. The global humanitarian community is not broken – as a whole they are more effective than ever before. But we are financially broke.”

Recent months have seen severe cuts to food rations for Syrian refugees in Lebanon and Jordan as well as for Somali and Sudanese refugees in Kenya. Darfuris living in camps in Chad have been warned that their rations may end completely at the end of the year. UN-run healthcare services have also been closed across a large part of Iraq, leaving millions of internally displaced people without access to healthcare.

Guterres warned that the damage being done by these cuts would be impossible to reverse. “We know that we are not doing enough, we are failing the basic needs of people.

“The situation is beyond irreparable. If you look at the number of children who will see their lives so dramatically impacted by malnutrition and lack of psychosocial support, you will see this is already happening.”

The majority of the UN’s humanitarian work is funded entirely by voluntary donations from individual governments and private donors, with agencies such as the UNHCR and Unicef receiving none of the regular budget that member states pay into the UN’s central coffers.

Guterres is leading calls from within the UN to change this system and ask member states to make more regular payments to the main agencies.

The current global humanitarian funding budget for all countries stands at $19.52bn (£12.84bn), but only $7.15bn of that has been raised from international donors.

The Syria regional refugee response plan is only funded to 35% of the $1.3bn needed to support refugees, both in the camps and by providing resilience funding for the countries hosting them. In Africa, where the crises in the Central African Republic and South Sudan do not often make international headlines, many funding appeals are less than 15% full.

Experts say the current system, with constant emergency appeals to keep supply chains running month by month, must be changed to acknowledge that the situations in Syria, Iraq, Yemen and Central African Republic are all deteriorating and need long-term funding.

In August, a multi-million dollar shortfall forced the World Health Organisation to close down 184 health clinics across 10 of Iraq’s 18 districts, in an area that has seen severe fighting and massive internal displacement. The cuts have left three million people without access to healthcare.

The World Health Organisation is trying to raise $60m to fund healthcare in Iraq but so far only $5.1m has been given by donors.

Dr Michelle Gayer is director for emergency risk management at the WHO. She told the Guardian that the gap between the desperate need in countries such as Iraq and current funding levels risked permanent damage to public health across whole populations.

“The global community, including WHO, we are dealing with emergencies of really unprecedented scale and nature,” she said. “This has a disproportionate impact on health because health deteriorates in a conflict situation over time.

“People haven’t been vaccinated, they suffer from malnutrition, they have mental health issues because of the conflict. We are setting countries back decades.”

Gayer said the decision to cut services was hugely difficult. “We are never 100% funded so we are always having to prioritise, but it breaks your heart when you end services for 3 million people. There will be no access for trauma like shrapnel wounds, no access for children’s health or reproductive health. There will be no surveillance of things like cholera. A generation of children will be unvaccinated.”

She supports the idea that there should be a change to the current funding system for UN agencies. “Most people who work outside the humanitarian sector, they would fall over backwards if they knew how we do our work, having to ask each and every year for funding.”

Another major crisis for the UN is feeding refugees, not only those recently displaced but people who are still unable to return home years after leaving.

This year the World Food Programme cut rations to 1.6 million Syrian refugees. The most vulnerable living in Lebanon now only have $13 to spend on food each month, a figure that the WFP warned would leave refugees vulnerable to recruitment by extremist groups.

And this pattern has been repeated around the world. Since the beginning of the year, the WFP has twice cut food rations for refugees in the Daadab and Kakuma camps in northern Kenya, as well as for Sudanese refugees in Uganda.

Dina El-Kassaby, a spokeswoman for the WFP based in Cairo, said the cut in rations was pushing refugees into making dangerous decisions, including returning to Syria or travelling irregularly to Europe.

“This is a desperate situation for families. In the last few weeks in Jordan and Lebanon many refugees were asking me how they can get on one of these boats to Europe and we have run into many people who have said they will consider returning to Syria if food rations don’t return to previous levels.”

“As the year goes by and the funding crisis gets deeper we are making more and more cuts. Mothers are telling us that they are being evicted from their houses and are now living in makeshift shelters in the field because their rent money is going on food. Think about young men and boys who are responsible for feeding their families. Reaching these desperate levels makes them prime targets for Isis.”

One Syrian refugee, Fatmeh, said of her two children in Lebanon: “When we can’t afford both medicine and food, I tie scarves around my boys’ bellies at night so they don’t wake up crying from stomach aches because they are hungry.”

Kassaby said the current funding system meant the WFP never had the funds it needed. “This is a hand-to-mouth operation: the minute money comes in it goes out. We have been operating with a funding deficit since the beginning of the year and right now we are short of $149m to help Syrians just through September and October.”

The UNHCR also says it is seeing evidence that refugees are making the dangerous journey into Europe because conditions in the Middle East are worsening.

On the Greek islands, where UNHCR frontline workers meet refugees as they arrive by boat, they cite new arrivals saying they were pushed into leaving Lebanon, Jordan or Turkey by a shortage of food or a desperate need for medical treatment.

Carlotta Sami, the UNHCR spokeswoman for southern Europe, said: “They mention ration cuts or difficulty in getting electricity. We meet many people who are chronically sick or have sick children and say they can’t go on living in this way. One Syrian man had a bullet lodged in his stomach and had travelled from Turkey hoping he could have surgery in Germany. He was suffering so much.”

Guterres wants to see rapid changes to the funding system. “It’s a very dramatic situation and it’s clear that because Syrians can’t work legally and the assistance is not enough, then that is one of the reasons why more people are moving onwards.”

“If you look at the humanitarian budget all over the world, it is somewhere between $20bn and $30bn. I don’t know any bailout of even a medium-sized bank that did not cost more than that. Not to spend more on humanitarian aid is a bad strategy, not to say a suicidal one.”

UNRWA Funding Problems – The Way Out
Next Article

Why the U.N. Can’t Solve the World’s Problems
613 Comments