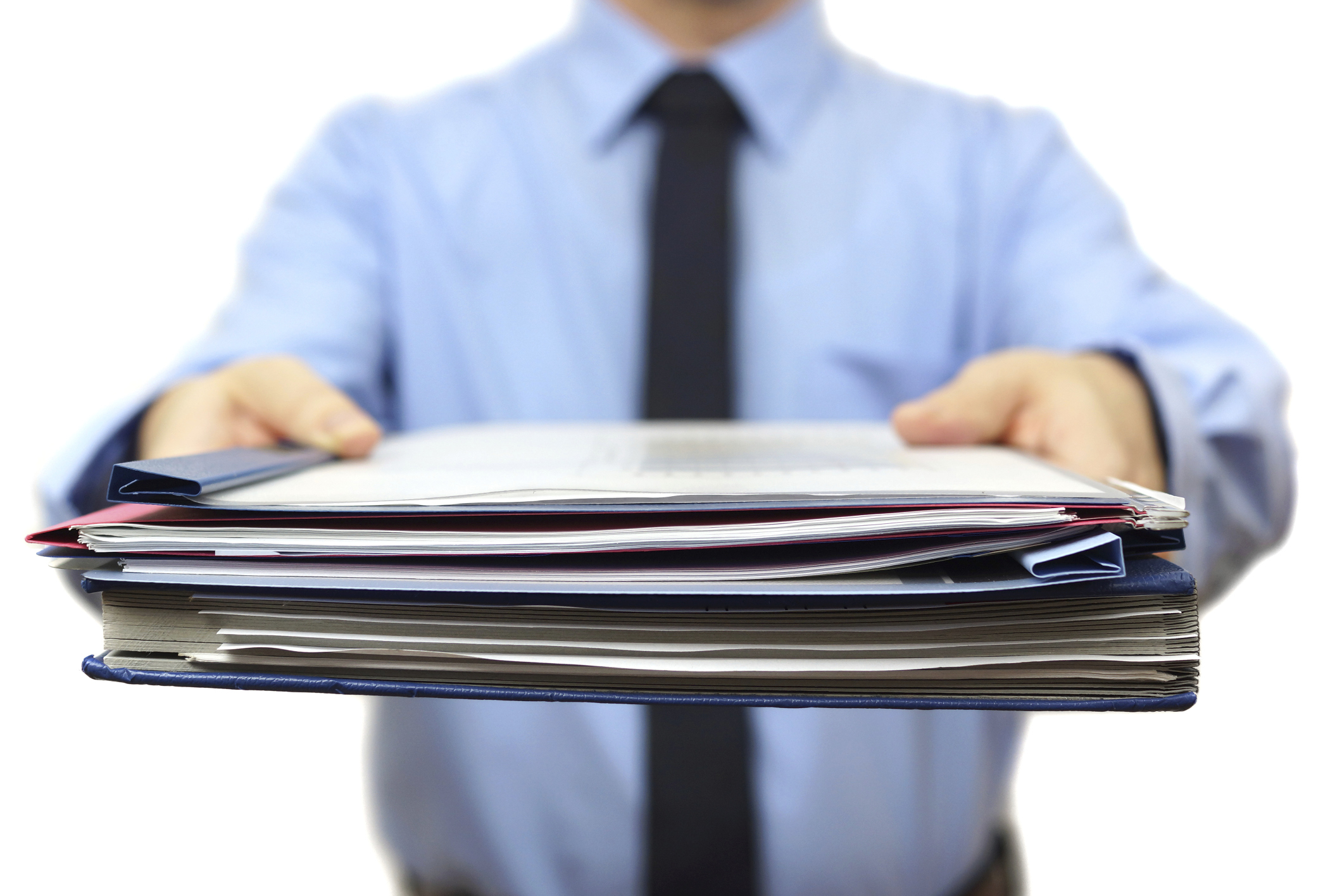 senior manager is Giving a lot of work
SHARE

Independent United Nations Watch (IUNW) is an international initiative launched by a number of former UN experts, figures and diplomats. The prime objective of IUNW is to observe the performance of the United Nations’ different agencies to make sure they achieve the noble goals of the International body. While, our organisation is not affiliated to the United Nations or part of its family, it works with many member states and UN agencies worldwide. IUNW seeks to carry out an external observation and auditing (non-binding) of the United Nations key Organisations and actions in addition to helping achieve a quality management system for its bodies. We strive to end the politicization of the UN and help end International corruption.

This report is part of our efforts to monitor the work of United Nations Human Rights Council in Geneva. It is an essential exertion to promote International Human Rights and to expose “Bogus” and political organisations which employ human rights for political goals. For decades, many key UN agencies have been made “paralysed and ineffective” in achieving their goals due to country’s manipulation and misuse of the renowned international agency. Many countries have failed in improving the conditions of Human Rights for their people, despite the many resolutions directed at them. A report for Amnesty by its Senior Director, International Law and Policy at Amnesty International by Tawanda Mutasah (2016) described the human rights council of hypocrisy towards Saudi Arabia. The report argued that, “The credibility of the world’s top human rights body, which was set up to ensure that it is able to effectively address human rights violations without being undermined by geopolitics and competing national interests, is being called into question because of the abysmal track record of one of its members – Saudi Arabia – and the failure of other members to call it to account. Since it joined the UN Human Rights Council in January 2014 Saudi Arabia has carried out gross and systematic human rights violations both at home and in neighbouring Yemen.”[1]

Rosa Freedman (2014) argued in her book that, “The UN is failing to protect people from grave human rights abuses. It is failing to deal with the conflicts that give rise to wide scale atrocities. But why is it failing to confront these horrors? Although the UN may protect some human rights in some situations, there are vastly more failures than successes.”[2] The failure of the human rights council is also embodied in the memberships of “rogue” countries. It is indeed bizarre that country with an awful human rights record set by the council as members such as Burundi and Saudi Arabia.[3][4]

The most recent failure of the UN Human Rights Council is represented by the irresponsible participation of NGOs. The number of NGOs participating in the Human Rights Council has risen dramatically in the last 3 years. While some of these NGOs hold UN ECOSOC consultative status; the majority don’t. Indeed, the participation of non ECOOC accredited NGOS is legitimate; the lack of scrutiny and check background seems to damage the credibility of the council. One unique case drew the attention of IUNW at the 36th session held in September 2017. United Arab Emirates (UAE) have created a false human rights network to attack and undermine its “political” rivals in the region, whether they are political parties, governments and even NGOs and Individuals.  The UAE lobby at the HRC is “utter” failure and clear disorganized effort. The Lobby led by an Emirate Organisation called, “Arab Federation for Human Rights – AFHR” is an umbrella of 40 assumed NGOs and Human Rights centers. This report concludes – as demonstrated in the below pages – that the UAE’s AFHR NGO network has only 4 real Organisations whilst the other 36, don’t exist! 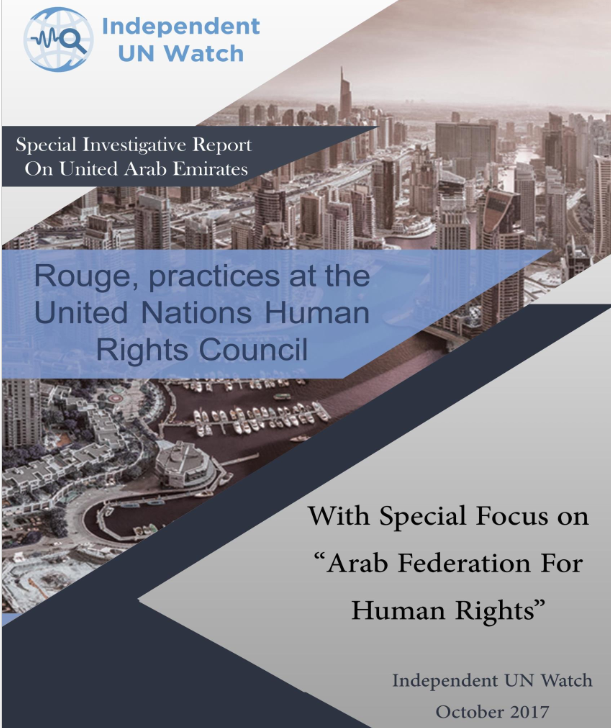 This report is a “balanced” and “accurate” attempt to describe some events that took place at the HRC in its 36th session. It will provide a verdict upon thoroughly examining the evidence and will avoid taking biased towards any side. The key objective of this report is to look at the NGOs and their relations with the member states as well as other stakeholders. The Prime reason for this is to make sure that HRC is not used as “political” venue and that it remain only a place where human rights are protected and promoted.  United Nations definition of the Human Rights Council is “an intergovernmental body within the United Nations structure, with a membership consisting of 47 states. The Council is responsible for strengthening the promotion and protection of human rights around the globe. It was created by the UN General Assembly in 2006 with the overall objective of addressing human rights violations.”[5] Additionally, the UN defined HRC as “the main United Nations forum for intergovernmental cooperation and dialogue on human rights issues. Its focus is to help member states meet their human rights, obligations through dialogue, capacity building, and technical assistance. The Council also makes recommendations to the General Assembly for further development of international law in the field of human rights.”[6]

This section is built on the basis of our previous report’s conclusions. Our initial report issued two weeks ago report revealed the executive summary of its Investigation carried out at the United Nations Human Rights Council in Geneva for the 36thy session. The investigation was also carried in Brussels to track the actions of illegal organisation s.

IUNW crew visited Switzerland to attend and observe the work of UN HRC’s 36th session held in Geneva between 11 – 29th of September 2017. The teams attended few meetings organized by different NGOs concerning the Middle East affairs, particularly those related to Gulf States Crisis. The teams noticed unethical lobbying and political bullying committed by the states of UAE, Iran, Israel and Saudi Arabia. The countries above have been heavily engaged in pressuring special rapture, provide misleading information to the Council and misinform the public opinion.  The conduct of these countries has also targeted the Council’s special rapporteurs. IUNW will be releasing regular reports to demonstrate the unethical political pressure exerted by these countries. To begin with, the first report will focus on the United Arab Emirates efforts to pressure the council.

Throughout the HRC 36th session, AFHR held few meetings with the help two Egyptian NGOs which hold UN ECOSOC Special Consultative status. The meetings were announced that they will discuss human rights in the Middle East, alternatively, they discussed what they described as “human rights” abuses in Qatar.  The meetings were very politically motivated and featured anti-Qatar speakers and analysts.

The teams noticed the excessive size of unethical Lobbying efforts that have been carried out by UAE’s agents who pretend to work in the civil society while in fact they are part of the UAE’s security apparatus. Our researchers concluded that a key local Emirate organisation called, “Arab Federation for Human Rights (ARABFHR)” has been bribing NGOs and individuals to distort the image of Qatar and other countries at the UN. Seemingly, ARABFHR’s main objective was to undermine the credibility of any NGOs that criticize the Human Rights conditions in UAE. For example, Human Rights Watch and Amnesty were exposed to smear campaign for the past few weeks.

Moreover, AFHR organized a picket before the UN HQ in Geneva to protest the “human rights” abuses in Qatar. The picket was merely attended by African asylum seekers and refugees in Geneva who was apparently paid to take part in this controversial event. This action was a landmark reason for us to carry a wide scale organisation on AFHR, its links, funding and operations.

The Investigation methods will rely on through check of AFHR and its associates who are known as its “Founding Members” According to AFHR, 40 Arab organisations established this entity back in 2010. Our investigation will be measuring the credibility of AFHR and those 40 organisations.

Key questions are raised about these NGOs such as:

Prior answering theses questions and before we navigate in the founding members of the AFHR; we need to have a closer look about this Organisation and how it becomes the “spin” machine for UAE at HRC and worldwide.

The website goes on, “During the opening ceremony, Dr.Ahmed Thani Al Hamli head of the founding committee of the Federation clarified that the board of directors of the organisation  held its first official meeting in Geneva, Switzerland. This meeting was followed by several others aimed at developing the concept of the Federation which emerged from the urgent need to unify all Arab Human Rights organisation s. Their unified efforts will be geared towards an integral legal work, the development of the Arab world as well as working to showcase the reality of and improving the human rights situation in the Arab world. Thus, the Federation resulted from the concerted efforts, support and coordination between the different active parties working in the human rights field in the Arab region.”

The structure of AFHR may seem to be robust for any outsider. However, upon taking closer look; the organisation seems to be totally different that it claims to be. The website of AFHR states, about its structure, “The Federation is headed by a President who is elected by the General Assembly. The executive committee, including its founding members under the direct supervision of the President. The membership of the Federation is open to all NGOs working in the human rights field as well as all civil society organisations are working in human rights and the protection of rights and freedoms in all the Arab countries including those working in the Arab affairs and identity.”

All in all, AFHR announced that its operating on the basis of having proper member organisations who sit on the Executive Committee as well as the General Assembly thus they elect the president and oversee the projects. Therefore, it’s important that this report looks into those organisations, “founding members” and members where we check who they are, their work and what they stand for.

Report: Egyptian Organization for Human Rights (EOHR) must be stripped of its ECOSOC Consultative Status
Next Article