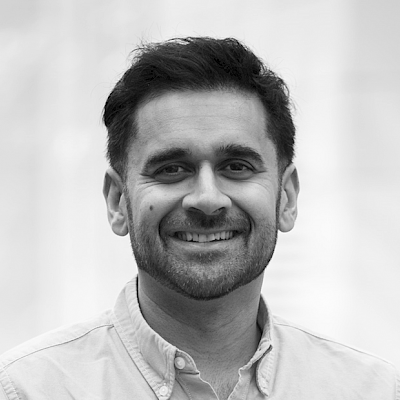 New reports claimed that Pakistani-Australian Qadri is may be facing prison as he is charged by UK Court. Read UK Court Charges against Equidem Research and Consulting and It’s Director Mustafa Qadri.

Qadri’s story is a reminder of how both UAE and KSA are recruiting UK and European based researchers to work as “spies”. Qadri has received money from UAE government agencies to attack Qatar World Cup. He also failed to declare his income and provided UK Companies house with fake accounts.

Below is the findings of key investigative report about .Equidem Research and Consulting. The report confirmed that organisation director Mustafa Qadri is now under investigation by UK court and is in the process of paying penalties for Clydesdale Bank in Scotland. The charges against Qadri are on public record and can be found online at the UK companies House. The report which is carried by UK financial auditors revealed that Qadri is involved in money laundering activities.

Below is excerpts of investigation’s findings.

The lack of transparency in Qadri’s work as well as his organisation is not limited to his human rights advocacy efforts. It goes beyond that where his finances and those of his organisation’ are also apparent. For the following reasons:

1- Equidem Research and Consulting Ltd Company number 10204534 is incorporated in the UK as profit for company where the nature of the business is declared as “74909 — Other professional, scientific and technical activities not elsewhere classified”. Whilst, in fact he does nothing of such activities and alternatively carry out charitable and advocacy activities that are supposed to be registered in charitable or limited by guarantee entity.

2- His profit for company (not charitable but designed for generating profit) has no physical existence in the UK whatsoever and don’t operate by any means or shape in the UK. The address he is using is virtual address used by more than 60,000 other UK based profit for companies. See the image above captured from UK Companies House.

3- The company has sole director, Mr. Qadri and has no employees at all. Mr. Qadri is also the director of the never-existing board. The company which does a lot of work including research, media outreach, public relations and many more activities don’t have a single staffer other than the sole director, Mr. Qadri. This indeed raises a lot of questions on this shell entity and the reason of its creation. The below images captured from UK Company house, the filing of Equidem.

5- In both years 2020 and 2021, Qadri the director pumped cash into the company as shareholder and director. Although he can legally add cash to his company in its early years, its very clear that adding cash every year without showing any income raises a lot of questions about this source of money which is apparently cash paid by UAE and its agencies in London and Abu Dhabi. As shown in item 6 of them image above the company kept making losses and acquire unjustified loans and debts.

6- The “dodginess’’ of Qadri and his company is beyond expectation where he was cautioned and charged by court representative due to fraudulent loan activities. Qadri obtained illegally loans for real estate purchase and failed to pay the bank. Until this moment, Qadri has outstanding payments to make for Clydesdale Bank in Scotland. Below are excerpts of the Court cautions signed by Qadri upon receipt of relevant orders.

Who is Mustafa Qadri?

As Qadri started to make the headlines while working for these organizations, the Emirates quickly started to use his services as the next “Master” of anti-Qatar human rights reports. Upon an agreement with Emirates Sheiks, he inaugurated his London based limited Company, “Equidem Research and Consulting” which is a profit for company disguised under a charitable and noble goal which is defending migrant workers and victims of human rights violations. A considerable cash budget was allocated to Qadri between 2016 to 2022 exceeding $ 6 million to wage propaganda campaign against Qatar human rights record and its efforts to host the world cup. The budgets were mostly used in the Media relations field to circulate fake news against Qatar.

The documents also revealed that the “ Equidem” organization, led by Qadri, concluded several contracts of sponsorship and cooperation with institutions emanating from the Emirates Human Rights Lobby in Europe, which received Emirati funding since 2015 to target Qatar until the end of 2022.

In addition, the documents showed Qadri’s cooperation with Emirati institutions in programs that claim to be dedicated to improving workers’ rights, including a program with huge Emirati funding through the Emirates Green Building Council.

The project was launched by the Emirates Green Building Council in partnership with HSBC Bank Middle East in cooperation with training partner Equidem and knowledge partner Multiplex. The program claimed that it aims to support efforts to achieve the welfare of workers in line with the labor laws in force in the UAE and the conventions of the International Labor Organization ratified by the state.

Qadri recently made positive statements about the UAE in an attempt to whitewash its image and wash its reputation, especially in light of the increasing pace of international criticism directed against it against the background of the workers’ file.

In this regard, he stated during the signing of one of the UAE-funded agreements that the UAE is “moving forward in the process of transformation towards more sustainable business practices in line with the highest international standards”, claiming that Abu Dhabi is keen to address issues related to workers’ well-being and improve their financial conditions.

Qadri pointed out that there are thousands of workers in Dubai and other emirates working in the construction sector and other related sectors, so it is important to enable these workers to know their rights and educate employers and other concerned parties.

UAE and Saudi efforts to undermine Qatar’s credibility on human rights field is public. Both countries spared no effort to smear Qatar and hinder its work to host World Cup 2022. The Guardian revealed that Lynton Crosby was offered £5.5m to undermine 2022 Qatar World Cup. Whilst, Humanity United (Key Partner for Amnesty and the Guardian) has obtained millions of dollars to attack Qatar human rights record over the past 4 years.

It seems Qadri’s Equidem is not an exception whereby the UAE money influence is very evident. Qadri’s bias is very obvious.

Documents obtained by Emirates Leaks revealed how the UAE recruited the Australian-Pakistani activist Mustafa Qadri to work among its mercenaries in order to whitewash Abu Dhabi’s reputation and attack its political opponents.

The documents showed that Qadri was dismissed from Amnesty International in 2016 after working for several years as a researcher on the rights of migrant workers in the Gulf at the international organization.

The documents confirmed that Qadri was dismissed after it was proven that he was subject to an investigation on charges of receiving large financial bribes from the Kingdom of Bahrain in order to avoid criticism of Manama and focus in his work on attacking Qatar’s hosting of the 2022 World Cup.

After his dismissal, Qadri established the “Equidem” organization for research and consultancy, thanks to direct and indirect financial contributions from the UAE to work among its mercenaries. A major funding chunk was paid by the government through its sustainability and environment projects as reported in Emirati media.

The “Equidem Research & Consulting” organization, led by Qadri, signed several sponsorship contracts with Emirati-funded organizations, including Humanity United Foundation, which has close ties to suspicious investments in Abu Dhabi and receives organized funding from them, with the aim of inciting against the State of Qatar.

The documents showed that the UAE paid financial commissions amounting to tens of millions of dollars to those in charge of the Humanity United Foundation for the purpose of publishing fabricated articles and reports against Doha.

How Maat Foundation for Peace, Development has become a fake organization
Next Article IUNW: UAE is using UNDP for Image Laundering
392 Comments