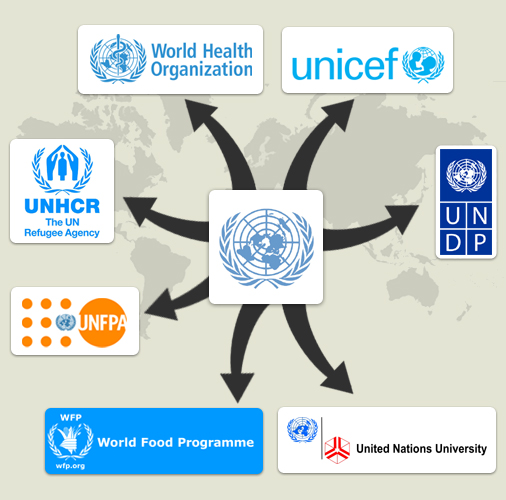 There are five bodies within the United Nations. These bodies include the General Assembly, the Security Council, the Economic and Social Council, and the Trusteeship Council. These bodies are charged with the oversight and administration of the UN’s activities. These five bodies operate continuously and are comprised of many sub-units.

The General Assembly is one of the six main organs of the United Nations. It serves as the principal representative, deliberative, and policymaking body. It is currently in its 77th session. The General Assembly is responsible for implementing the policies and programs of the United Nations. It also serves as a forum for the development of international law.

In recent years, the General Assembly has sought to make its work more relevant and substantive. One notable example was the 2005 resolution 59/313 that vested more power and authority in the assembly’s president. The resolution also increased the president’s authority to propose debates. In addition, it established an ad hoc working group dedicated to revitalizing the General Assembly.

The Security Council is one of the six principal organs of the United Nations. Its duties include ensuring international peace, recommending new UN members to the General Assembly, and approving changes to the UN Charter. Here are some basic facts about the Security Council and its role.

The Security Council meets on a regular basis. However, if a crisis arises, it can meet outside UN headquarters. The Council may be consulted by any member state or non-member state. It may also consult on its own initiative.

One of the six main organs of the United Nations is the Economic and Social Council, which is responsible for coordinating the organization’s economic and social fields. The council has many members and holds regular meetings. Its purpose is to promote social development and economic development worldwide. The council also focuses on addressing issues of poverty and social injustice.

The Council consists of fifty-four member states elected by the General Assembly for three-year terms. The membership is distributed geographically, with fourteen seats for African States, eleven for Asian States, six for Eastern European States, and thirteen for Western European and other countries. Voting on the Council is by simple majority. It meets alternately in Geneva and New York. It also holds special meetings to discuss pressing social and economic issues. In 1998, the Council expanded its discussions to include humanitarian issues as well.

The United Nations Trusteeship Council is one of the six principal organs of the United Nations. Its mission is to make sure that territories under trust are administered in the best interest of their inhabitants. It also works to maintain international peace and security. The Council’s members meet regularly to discuss international affairs.

The Trusteeship Council consists of 192 member states, including the United States. Each member has one vote, and decisions are made when a majority of members agree. Originally, the Trusteeship Council met once a year. But it is no longer required to meet annually. The Council may meet if more than half of its members request it, or if a Security Council or General Assembly resolution requires it.

The International Court of Justice is an independent judicial body that prosecutes war crimes around the world. Its members are elected to a nine-year term by the UN General Assembly and Security Council. There are 15 permanent judges who hold their positions in a personal capacity. Four of the five permanent members of the Security Council have served as judges of the Court. The Court normally holds plenary sessions, but from time to time forms chambers of three or more judges. The court considers and renders judgments and decisions that are binding on all parties.

The Registry is a central part of the Court, providing judicial and administrative support for all of its organs. It also has specific responsibilities in specific areas of the Court’s mandate, including defense and victims’ rights. It also administers a legal aid program for indigent defendants and provides assistance to defense counsel. It also performs an essential outreach function among affected communities.https://www.youtube.com/embed/Gq8db6FKkX4

What is the UN Global Programme on Cybercrime?
Next Article