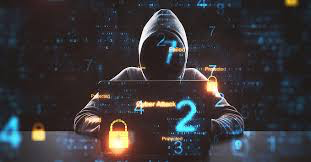 Contents
Organizing and conducting training sessions on prevention, detection, investigation, prosecution and sentencing of cybercrimeSupporting State cooperation in the fight against cybercrimeHuman rights implications of cybercrime

While cybercrime has become a major public security concern, its economic costs are also significant. Recent studies estimate that computer crime costs the U.S. $67.2 billion in 2007 alone. With more than 150 million people connected to the Internet, the threat to national security is more urgent than ever. In order to fight cybercrime, law enforcement officials must develop the skills of their law enforcement colleagues to effectively investigate, prosecute and sentence cybercriminals.

Cybercrime has many different components. Some are committed by individuals with little technical expertise, while others are carried out by organized global criminal groups with specialized expertise. These groups typically operate in countries with lax cybercrime laws. However, attacks may occur anywhere there is digital data, opportunity, and motivation to commit cybercrime. This includes lone individuals who engage in cyberbullying, to state-sponsored actors like China’s intelligence services.

Supporting State cooperation in the fight against cybercrime

State-level collaboration in the fight against cybercrime is vital to preventing and responding to the rising threat of cybercrime. However, there are several barriers to such cooperation. These include legal issues, cultural differences, lack of shared standards for evidence-gathering, and the fear of losing competitive advantage. As a result, a global alliance against cybercrime is needed to provide the scale and scope needed to tackle this growing threat.

Cybercriminals know that there is low risk for arrest and a high yield for the attack. Consequently, most cybercrime acts are transnational. The global economic cost of these transnational attacks in 2017 was about $600 billion, or 0.8 percent of global GDP. The global economic impact of cybercrime is projected to increase to $5.2 trillion by 2022, according to Accenture.

As the threat of cybercrime grows, so do the implications for human rights. For example, in the Philippines, a prominent journalist is facing seven years in prison, and in the UAE, human rights defender Ahmed Mansoor is serving a 10-year prison sentence for alleged cybercrimes and vague offenses. These cases have led to calls for a human rights-based approach.

The Budapest Convention is often called the gold standard for cybercrime conventions, but human rights experts have long argued that the convention should incorporate stronger human rights safeguards. For example, article 15 of the convention requires states to make their procedures in accordance with the European Convention on Human Rights and other human rights treaties, such as the International Covenant on Civil and Political Rights. While this provision is helpful, it does not provide clear guidance as to what constitutes a human rights-compliant practice. Furthermore, the convention is not clear about how it should protect the rights of people who use cybercrime.

Human rights-based approaches are vital for addressing the threat of cybercrime. While cybersecurity is a growing concern, government efforts to protect the system from attacks can compromise fundamental rights, such as freedom of expression, association, and assembly. In addition, cybersecurity policies and practices may restrict access to information and violate human rights. Because of this, it is imperative to consider the implications of these practices for human rights.https://www.youtube.com/embed/hewK9DWFm-s